Whooping cough in adults and children - known airways disease, infamous epidemics XVII-XVIII centuries. At that time, the disease was considered invincible. Who has developed various methods of treatment, allowing to stop the progression of the infection in time and return to human health. In this article, the reader will get important information about the symptoms of the disease, Traditional methods of treatment of the national and.

General characteristics of the disease

Pertussis is an infection, affects the respiratory system of a person. This disease causes prolonged bouts of choking cough, not allowing normal breathing. The danger of it is, that immediately after pertussis infection may be overlooked, the disease is already apparent in the bright stage, When difficult to therapy.

It is a contagious disease, which is transmitted through the air. The risk of infection exists at any contact with the patient, ill is possible even during a simple conversation with a carrier of pertussis. The causative agent is a pathogenic bacterium Bordetella pertussis, or pertussis bacillus; It enters the body through the nose or mouth. In the process of life coli produce toxins, which cause coughing.

Now people at an early age make mandatory vaccination against whooping cough, but should be warned, that full immunity to infection is only produced in 80% patients, rest 20% They are at risk and can become infected with this disease.

Attention! We should not forget revaccinated: One vaccine does not act more 15 years old (lifetime accepted to do 4 vaccinations).

Pertussis is particularly dangerous for people with reduced immunity, children up to 5-7 years old, old men and women in the postpartum period. But there is the risk of infection in adults: very often in practice, there is a situation, when the sick child passes a wand adult pertussis during contact.

The duration of infection, its effects

Whooping cough in adults and children - a serious disease, This fact confirms, that vaccination against pertussis bacillus is mandatory. The infection is accompanied by a painful cough, doubly dangerous for people, having trouble breathing. Duration of the disease is different in each case,, with timely treatment course it takes several months.

During the incubation period of the infection is almost invisible, but to the second week, the cough becomes intense. Treatment of a long and unpleasant - the person continues to cough, arrest this symptom at one point it is impossible to.

Given the current level of medicine, Whooping cough in adults does not pose a great danger, but only in the event of timely and proper treatment. This infection is considered to be dangerous for small children, especially infants: At this age, not all survive. Dangerous disease its complications; they can be, if you start treatment late.

What consequences can cause whooping cough in adults:

Many of the aggravation of the above can lead to death. 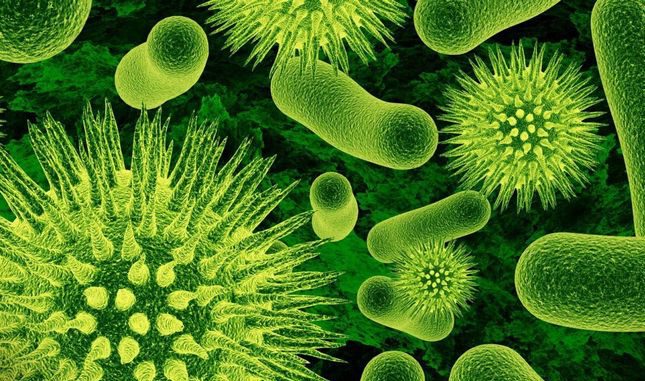 Early treatment of infections is complicated by several factors.

Effective treatment of pertussis in adults requires knowledge of the signs of the disease. During incubation, It takes about a week (average), the bacterium is not contagious, the infection is difficult to determine.

The causative agent of whooping cough into the air, along with the beginning of coughing attacks. When you are infected with the same room as the risk of infection is very high.

Attention! healthy people, who live near, They sit at a person's bedside, you must be sure to wear protective masks!

Are the following symptoms of whooping cough in adults:

In practice, there are cases, when the strength and frequency of coughing patient cracked, fractured ribs.

set of situations and possible complications should be taken into account when carrying out medical activities. It should eliminate cramping, blockage of the bronchi, the risk of a possible respiratory arrest, and more.

Treatment is carried out at home only in the case of a mild form of the disease. If pertussis develops a severe form, the patient is hospitalized and passes stationary treatment in hospital. In addition to standard medications used special methods and preparations.

If a person is treated at home, It is necessary to maintain certain conditions:

Treatment of pertussis in adults occur in the following areas:

Council! In some cases, it makes sense to use drugs, which are taken in the presence of asthma.

Common antibiotics for the treatment of whooping cough

Antibiotic treatment for getting rid of the pertussis bacillus obligatory. Because these drugs are aggressive enough, have side effects, their purpose is strictly individual. To this end, a special analysis is carried out, on the basis of which the physician prescribes the effective remedy.

For the treatment of the disease is most often used:

Attention! Taking these antibiotics is possible only with the permission of a doctor, which determines the reception circuit and possible dose. The drugs are effective and aggressive.

In some cases, the use of antibiotics can not be: "Aritromitsin" is contraindicated for people with liver disease. "Biseptol" imposes restrictions on food: during treatment with this agent should not eat carrots, tomatoes, cauliflower, etc..

Folk remedies for the treatment of whooping cough

How to treat whooping cough in adults with the help of folk remedies? This disease is known to mankind for many centuries, people are always looking for drugs, using improvised means. The following describes several folk recipes, that people have used previously for the treatment of whooping cough. These recipes can be used now, as they studied traditional medicine and have been approved as an aid to the basic treatment.

Attention! Described national treatment recipes are suitable only as a complementary treatment. Traditional medicine can not be neglected!

Talking about the prevention of whooping cough, can recommend to people to strengthen their immunity, time to do revaccination and to be attentive to her during infection ODS, pay attention to the symptoms, monitor unusual signs and act immediately. In this case, whooping cough treatment goes well and without complications.

In this article the reader to answer the question: whether sick adults with pertussis. The above information will help a person in a timely manner to cure itself of the disease, reduce the risk of fatal consequences. We also recommend the valuable videos on the topic of treatment of whooping cough at the end of the article.