As soon as the cold season comes, people are starting to buy medicines for colds and flu. Someone has already managed to catch the virus, someone takes medication as a preventive measure. But every time before going to question the pharmacy, which medicines to buy, to "get on its feet" as soon as possible. Equally important is the price - sometimes it is not necessary to overpay, to obtain an effective agent.

Medicines for colds and flu to prevent

Besides, You Need to Know, than to treat SARS, to choose a medicine for the prevention of influenza and common cold. After all, prevention is always easier, than cure. relatively inexpensive, at the same time effective means - interferon inducers. They increase the body's own immune system, helping it to cope with the virus. These drugs relates Amiksin, Kagotsyel, Amizon. Good boosts immunity Immunal, which is also used for prevention, and flu.

Prevention needs, if someone got sick in the family, if the work is related to a permanent stay in the team (particularly at risk - teacher, doctors, etc.), for pregnant women. The use of drugs to help prevent disease even in the period of the epidemic.

Treatment of influenza and common cold

For the treatment of colds and flu medicines are divided into several types: symptomatic agents, antivirals and immunomodulators. Symptomatic medications eliminate the symptoms of colds and alleviate the patient's condition. Antiviral directly affect viruses, suppressing their growth and reproduction, immunomodulators and strengthen the immune system and help the body to cope with infections. Choose the best medicine helps description and list of drugs, which is given below.

Fervescence, chills, cough, muscle pain, stuffy nose - it is flu-like symptoms, delivering a lot of trouble. In those days, you do not want anything, but to lie in bed and watch a good movie, or read a book. But it is not always possible: urgent matters do not give even the sick, and it needs to be "in shape". This is where the necessary preparations, coping with the symptoms of colds and flu.

Important! It should be understood, that the above drugs do not cure colds and flu, and help relieve the severity of symptoms. Some of them should not be taken regularly - enough to take a pill, when you need it.

To a large extent it relates to preparations based on paracetamol. But antihistamines is better to drink a course of 3 to 5 days. As for vasopressors, their longer welcome 5-7 days contraindicated.

One of the first doctor's appointments from colds and flu are antiviral drugs. Their action, scientists are at odds. The fact, that a huge number of varieties of viruses, At the same time, they have little of their own components, which could be targeted by drugs. These cunning enemies embedded in human cells and use them for reproduction. But, in spite of this, There are antiviral drugs, and have a real positive feedback test them.

Antiviral agents have a different mechanism of action, depending on this are divided into several groups:

Below is a rating of the most effective medicines for colds:

These low-cost drugs to help adults recover quickly. Some of them are safe for children and pregnant women. But from the flu drugs more expensive, but good and effective:

Well-proven remedy for flu and cold of new generation - Oseltamivir, aka Tamiflu. This antiviral agent from the group consisting of neuraminidase inhibitors. It is applied at the first sign of disease. And Oseltamivir, and zanamivir - new drugs, effective mainly for the treatment of influenza, caused by viruses A and B. Against other viruses, they are practically powerless. The course of treatment should be started as early as possible, preferably in the first day of illness, and continue for 5 days.

Children - a special category of patients, to the choice of drugs for which need to be approached very carefully. And the smaller the child, the more attention should be paid to the selection of safe, At the same time, effective drug.

At high temperatures, children are given these drugs:

Important! When ordering over the counter medications for children, do not forget to specify the child's age. It is important, since the drugs are different form of release and dosage of age. 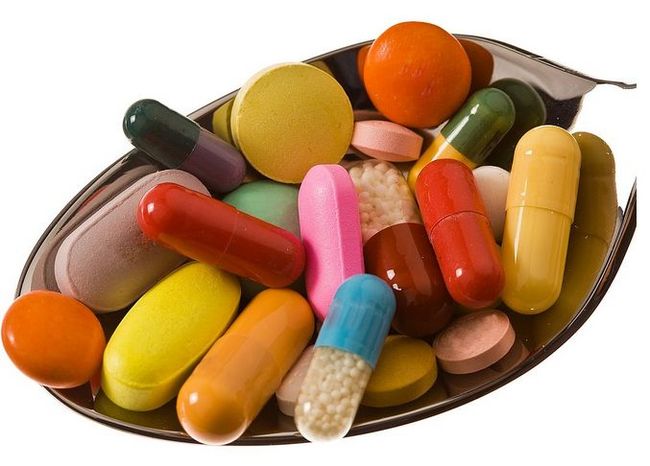 Used for the treatment of rhinitis sprays and drops on the basis of sea water (aqua Maris, Kviks, Humer). For elimination of nasal drops are suitable for children: QUINAZOLIN Baby and Kids (It depends on the age of the child), Nazivin, Vibrocil.

Used to treat coughs Lasolvan, Tussin, Sinekod. The action of these drugs different, and before you start taking any of them, Always consult with your doctor.

Treat colds and flu in the child can and drugs based on interferon. they are safe, at the same time significantly accelerate the process vyzldorovleniya.

Pregnancy - a special time to, when sick is absolutely contraindicated. But protect yourself from colds and flu for over nine months is practically impossible. The best way to prevent the disease - prevention, but safe folk remedies. If, however, could not be saved, will have to take medication. And here arises the following problem - to choose medicine, allowed to use while waiting for baby.

First of all it is necessary to consult a doctor, it will help you choose a secure, but effective drug. Among pregnant women allowed such means:

It is necessary to choose the most effective medicine, to avoid the complications of the disease and to prevent adverse effects on the baby.

Here is a list of drugs, is an analog of expensive medicines for colds:

There is no doubt: Cheap analogs are not less effective, than their more expensive "twins". After all, the basic substance is one and the same, and the effect of the drug depends on this, instead of the value of. If your doctor has prescribed an expensive tool, should clarify, whether it can be replaced by cheaper drug.

Before you decide, some cold medicine to choose, read the indications and contraindications, compare prices. AND, enlisting effective drugs, treating SARS, warm tea and raspberry jam, Stay at home. And get well!