Food poisoning - a very common phenomenon, It faced by periodically everyone. At first glance, it is not a serious disease, but untimely and improper treatment of even a slight food poisoning in an adult can cause a number of serious consequences, and the case could end up hospital, injections and droppers.

To prevent such a sad finale, We must be able to detect the disease at an early date and to know, how to provide first aid to yourself and your family.

Types and causes of food poisoning

note! Very often poison can be ready-made meals, buy in the supermarket or public catering. Usually, stale products are used for the preparation of these dishes, and storage conditions are not met.

All food poisoning can be divided into three groups:

Symptoms and signs of food poisoning

Symptoms of food poisoning are very diverse and depend on the type of pathology, general condition of the patient and other related factors weight. But there are some common symptoms, indicating the presence of food poisoning:

Important! With the progression of the disease may develop dehydration, which is fraught with pathologies of the nervous system and the development of coma.

Because of the toxicity of the body temperature can occur. An increase in temperature indicates that, that the body has already included its defenses to fight disease-causing organisms and poisons. At first, in the adult temperature will not exceed 37,5 degrees. Further, the propagation of bacteria through the bloodstream, the temperature may rise to 39 degrees.

An increase in temperature along with other symptoms of poisoning (diarrhea or vomiting) - a very dangerous sign, requiring immediate medical intervention.

First aid for food poisoning should be provided to the person, close to the victims, or, if there is no one to help, Be sure to call an ambulance.

Important! Food poisoning in pregnant treat the disease alone is strictly prohibited. Be sure to call the doctor.

What to do in case of poisoning:

If after carrying out medical procedures in the home does not become easier, and the symptoms do not subside, should seek medical help.

How to cure poisoning

In a hospital adult patient with food poisoning washed stomach using a special probe. On the first day the patient does not give any medicine - carried parenteral meals and Drug Administration.

Following is the procedure rehydration and appointed reception absorbents, and if necessary (if found strong intoxication) appointed antibiotics.

All of these drugs are very effective in the treatment of food poisoning, However, before applying them is still necessary to consult with your doctor.

At home, in the recovery process after food poisoning can be used folk remedies:

Folk remedies have an auxiliary effect of food poisoning, they must be used in conjunction with the main treatment. 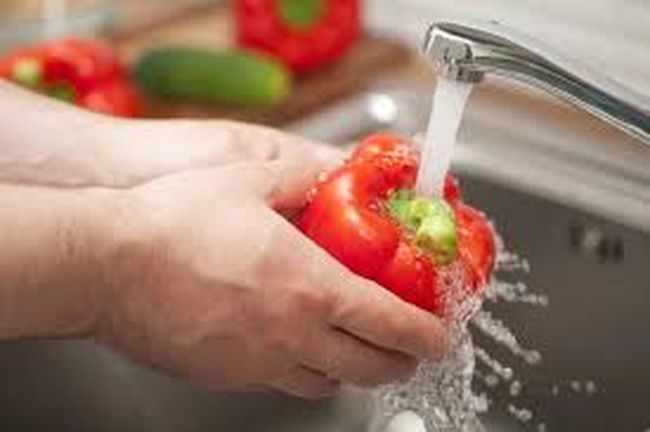 After work food poisoning human digestive system significantly disturbed - washing and subsequent treatment removes from the blood all the nutrients and enzymes. Therefore, the diet after the poisoning is restoring and rehabilitation character.

On the first day after the poisoning should refrain from all food, then the second day can begin to eat small portions.

What can I eat for poisoning:

This diet should be followed for at least a week, and then allowed gradually to usual diet.

Food poisoning in an adult can last from one day to two weeks, depending on the severity of the poisoning, and causes, he was summoned. With the right approach, the recovery occurs quickly enough and the man returned to the familiar life.