What kind of drug

Milbemaks - protivoglistnoe veterinary drugs, characterized by a broad spectrum of action on parasites, living in the body of animals. Among dogs and cats frequently occurring diseases are justly considered parasitic - helminthiases and nematodes. The body of your cat or dog can be struck by how one, and at the same time several types of worms, so better buy your pet broad-spectrum anthelmintic. 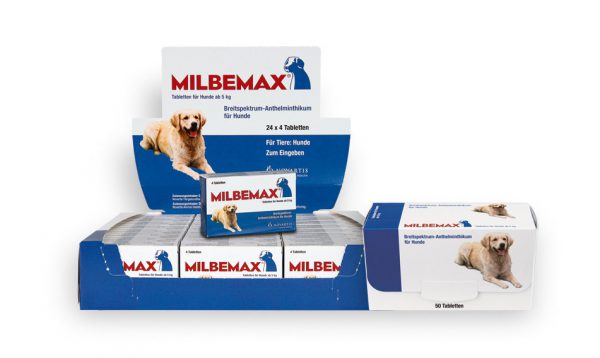 Milbemaks for dogs and cats is used for the prevention of a number of parasitic diseases, while also securely destroying helminths, this pill can give even the smallest kittens and puppies to solve the problem, without fear of harm to their health. Dosage is calculated very accurately and is listed in the instructions for each specific case, moreover - a drug is produced in three different forms, namely "Milbemaks for kittens", tablets "Milbemaks for puppies and small dogs", "Milbemaks for large dogs" and drug "for cats Milbemaks", each of which is used strictly "address" in accordance with an instruction.

So do not you do not need to do complex calculations, getting tangled in doses, Milbemaks drug use is simplified by the fact, that this drug has three release forms, each designed for a certain type, age and weight category of animal. Besides, owners often give Milbemaks dog or cat as a treat, because animals, usually, not refuse to take these pills for worms on their own, because they have a meat flavor and do not have an unpleasant taste, the application of the other drugs the question "How to give a cat or dog a pill" - often becomes a stumbling block for those who like our little. 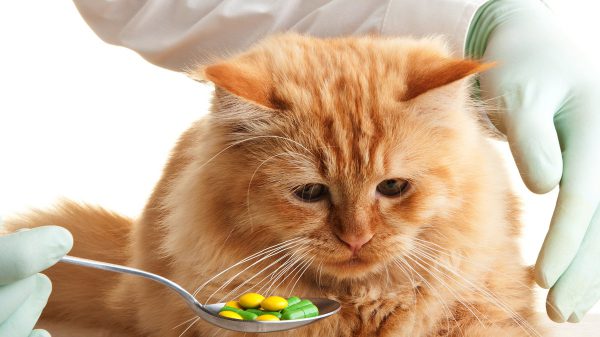 Milbemaks - tablets for dogs, cats and kittens - can easily be found in almost any pet store large city: Moscow, Petersburg, Yekaterinburg and other cities of our country. This is another of its advantages, because not all effective remedies in connection with the difficult economic situation in the country is now available in stores and vetaptekah.

How it looks and what it consists of

The drug is manufactured by the French company Novartis.

First, consider the composition of the drug for dogs. Instructions for use, enclosed in a cardboard box, It contains information about the content of active substances in each tablet:

Milbemaks for cats, according to the instruction data, It contains:

Also in the tablets include auxiliary character components.

note! Various types of agents differ in price due to different amounts of the active ingredients. Also, the drug price will be slightly different depending on the pharmacy network and sales areas. For example, to buy milbemaks in Yekaterinburg, you have to spend a little more, than in St. Petersburg, but the price difference of the two purchases will be small, inessential.

Each tablet is packed in blister, covered with a protective sheath and has a letter prints and with a notch 1 sides. Store this medication in a dark, dry place away from food and at a temperature not lower than 15 city. Celsius.

Important! Not permitted the drug after removing the tablet from the blister after more, than 30 days.

How does he work

Milbemaks - combined type substance, which acts intensively on the worms and their larvae. The main component destroys adult nematodes, including pathogens dirofiljarioza, as well as the larvae, are gastrointestinal parasites.

Important! Prevention helminthiasis is recommended by veterinarians at an early age, because the body four-legged baby parasites can have a devastating effect, until death. If you are going to vaccinate a kitten or puppy, to the 10 days prior to vaccination should also relieve the animal from worms, because the animal after vaccination may be somewhat weakened, and against the background of helminthiasis severity of the condition much worse. 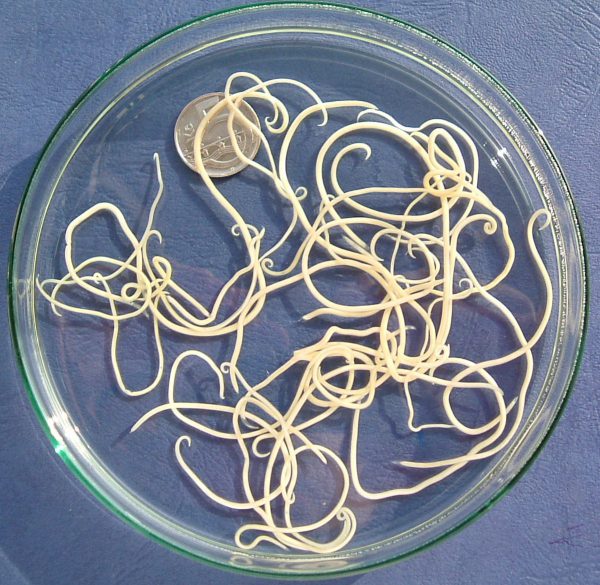 Under the influence of the drug components worms and larvae are killed within approximately 5 hours after, as the animal was given a pill. Bioavailability hovers 80%.

The medicine experts attributed to discharge means moderate danger, non-embryotoxic or teratogenic effect and does not cause sensitization of the animal. Constituent tablets metabolized by the liver and excreted in the urine completely within 2 days after receiving. 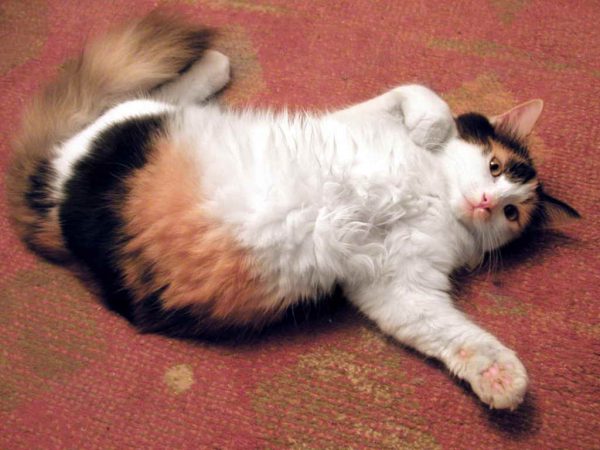 Council! If your doctor has prescribed an animal not Milbemaks, but some of the analogues, for example - Drontal, do not replace the drug itself, and ask about the reason for the appointment of the agent. maybe, drontal choice due to good reasons - for example,, you are the owner of an animal, rock which is a contraindication to the use Milbemaksa.

Who can not take it

but, contraindications Milbemaksa, yet, there are, they are listed in the instructions, package insert: 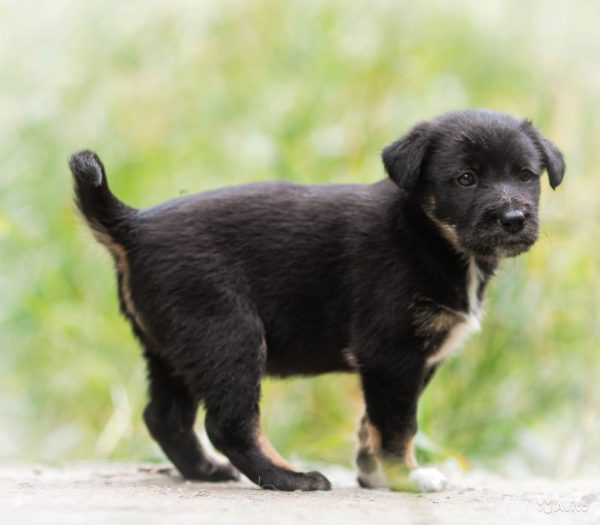 Council! If your pet is pregnant or feeding babies, then the drug previously discussed with a veterinarian.

To whom and when it is shown

Admission Milbemaksa for the treatment appointed by the veterinarian to the animal in the diagnosis of "cestodosis", "Nematodes" or mixed infection. Such conditions may be caused by the following pathogens:

Suspect worm infestation in pets can be by the appearance of these signs it: 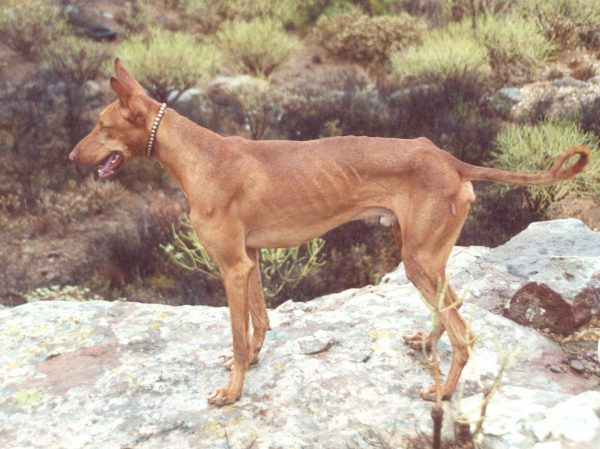 Council! In identifying these symptoms in your pet, contact your veterinarian for the purpose of relevant studies and adequate therapy.

To avoid the undesirable symptoms of overdose - buy medicines appropriate modification and strictly follow the guidelines of, specified in the instructions. Before vaccination let the animal for tablet 10 days.

note! Give the animal more drugs, you put on the weight in no case be!

The drug can be used in the form of frayed, giving it an animal with feed. If you give the medicine in a way you did not work, place it on the root of the tongue and close the mouth, until the animal is to make one or two swallowing movements. One can use a special tool - "tabletkodavatel" or dissolve the preparation in water to a slurry state and introduced through a syringe without a needle into the mouth.

The drug as a preventive measure is given to the animal in the autumn and spring period and prior to vaccination for the 10 days. If possible, it is desirable, to the time of vaccination is necessary just for the season - so you do not need to feed your pet means once again.

We should not give the animal a laxative or withstand starvation diet.

note! If the animal is struck Angiostrongylus vasorum, tablets in the usual for his weight and age at a dosage of each technique are given four times at intervals of 1 calendar week.

If the dog or cat living area is unfavorable for heartworm, tchenie in the spring-summer-autumn period, drug is given:

Council! Before, you start taking, the animal must be shown to the vet, to exclude the presence in the blood of larvae - microfilariae, as in this case, therapy will be combined and will be assigned to specific days.

With adequate use of the drug in the appropriate age, body weight and state of health of the animal, side effects did not occur. Possible manifestations of allergic type light intolerance to the components of the drug.

Council! With a strong animal zaglistovannosti (huge belly, nausea, exhaustion, blood in the stool and other symptoms) - the animal before giving the drug need to see a doctor. maybe, doctor will prescribe a preliminary mechanical removal of part or parasites adjust the dose to avoid severe intoxication after the death of parasites and intestinal blockage.

If the animal after receiving funds shows depression, he has an uneven gait, muscle paresis, tremors and twitches, excessive drooling - it, probably, overdose. You urgently need to show your pet to the vet.